In 2018, the U.S. Treasury made opportunity zone designations across the country to encourage long-term investments through a federal tax incentive. Governor Brown's nomination resulted in 86 qualified opportunity zones in Oregon.

What Are Opportunity Zones?

Opportunity Zones can deliver significant tax savings on medium- to long-term investments in economically disadvantaged communities. This new tax incentive pertains to both the capital gains invested initially through a qualified opportunity fund (QOF), as well as future capital gains earned on the original investment in zone-based businesses or projects.

Each zone consists of an entire census tract, as established for the decennial U.S. Census. Tracts vary in size but generally align with population density. Oregon has 834 census tracts, more than 300 of which were eligible by meeting the definition of a "low income community" in terms of median family incomes or poverty rates. Oregon could nominate up to 86 zones, as each state was allowed up to 25% of its low income communities for designation.

The designations are in effect until December 31, 2028, and offer a predictable basis for private investment decisions over several years. Current federal law provides no means to change or add zones. As such, Oregon's nomination process entailed thorough analysis of all relevant census tracts for their potential to be used and to address economic needs, as well as extensive outreach to the general public, federally recognized Indian Tribes, local governments, and other parties over a 3-month period. Aside from the opportunity zone nomination process, state government does not have an ongoing, official role under federal law. Nevertheless, Business Oregon is exploring ways to partner with others in furthering the use of zones for the benefit of Oregon communities.

What are the Tax Advantages?

The private capital for projects or businesses in a qualified opportunity zone will arise primarily from the unrealized capital gains of U.S. taxpayers—that is, the increased value of assets (stocks, land, etc.) since they were originally purchased by the individual or corporation currently holding the asset. When an asset is sold and the gains realized, an income tax liability is normally generated.

With the opportunity zone incentive, the capital gains arising from sale to an unrelated person that are then transferred into a qualified opportunity fund within 180 days will have their tax liability delayed or deferred until December 31, 2026, at the latest. The taxpayer decides how much of his/her newly realized gains to invest, when to sell or exit that investment, or even whether to invest other moneys alongside (which would not receive these tax benefits).

In addition to deferring income taxes, by the time the investment of tax-deferred capital gains in the opportunity zone is sold or the end of 2026, whichever is earlier:

Investors seeking to maximize the after tax return on their tax deferred gains could put money into qualified opportunity zones anywhere in the country, or they might be able to choose qualified opportunity funds that have a regional or other type of emphasis. Despite sharing some common geography, these tax benefits work quite differently from New Market Tax Credits, or for that matter, from any other federal program or incentive. Regulations and other guidance issued by the Internal Revenue Service (IRS) have now addressed most of the critical details, although future issuances are still expected and proposed rules are still to be officially finalized.

What Are Opportunity Funds?

A qualified Opportunity Fund is the required vehicle to invest into Opportunity Zones. More information on opportunity funds.

The information here is for public education. Every effort has been made to correctly use the best, most up-to-date data, but the state cannot guarantee complete accuracy, and under no circumstances is this information warranted for investment, tax planning, or any other reason. The information contained here should not be used as the basis of any decision with financial or other consequences, and regardless, working with a qualified tax advisor is recommended.

Oregon's enterprise zones offer a unique resource to Oregon communities, and an excellent opportunity for businesses growing or locating in Oregon. Primarily, enterprise zones exempt businesses from local property taxes on new investments for a specified amount of time, which varies among the different zon... Learn More

Congress provides this incentive to private-sector companies for hiring individuals from target groups, for which the state of Oregon has instituted systems to expedite and facilitate documentation. Learn More

Our media incentive programs can rebate 20% of your Oregon-based goods and services, and an additional cash payment of up to 16.2% of payroll wages paid to production personnel working in the state. More often than not, the turnaround of cash rebate payments is quic... Learn More

If you file a consolidated Oregon return and have more than one affiliate doing business in Oregon or with Oregon-source income, you must complete Schedule OR-AF and submit it with your return. Learn More

NEOEDD/NOBD has helped dozens of businesses in Baker, Union, and Wallowa counties launch or expand their businesses with its loan programs. The loans are “gap” loans, meant to fill gaps left by traditional lenders. Anyone looking for loan funds should consider the 5 “Cs” of Lending... Learn More

This incentive program is available to existing companies expanding operations in Oregon or new companies coming into the state. The Oregon Business Expansion Program (BEP) is a cash-based incentive (forgivable loan) equivalent to the estimated increase in income tax revenue from the new hiring. Eligibility Company plans to hir... Learn More

With an up-to-10-year income tax holiday, this program helps businesses start or locate new operations in many Oregon counties. Companies setting up operations in an eligible county can be certified as many as 10 consecutive times to annually deduct or subtract taxable income related to those operations, potentiall... Learn More

As part of the state of Oregon's effort to support the growth of existing Oregon businesses, this program provides funding assistance, in the form of forgivable loans, for small manufacturing businesses' expansion projects. This program is no longer accepting applications, as all funding has been awarded. I... Learn More

The 2016 Legislature created the Solar Development Incentive (SDI) to encourage the development of solar energy projects in Oregon by providing a cash incentive per kilowatt-hour (kWh) of electricity generated to owners of photovoltaic (PV) energy systems with a nameplate capacity of between 2 an... Learn More

The Strategic Investment Program (SIP) offers a 15-year property tax exemption on a portion of large capital investments. The program was created in the 1990s to induce large, capital-intensive facilities to locate and grow anywhere in Oregon. What Projects Qualify SIP projects must serve a "traded sector&quot... Learn More

The program exempts a portion of very large capital investments from property taxes for 15 years. The program is available statewide. Learn More

The Strategic Reserve Fund (SRF) is a discretionary tool funded by lottery dollars used for a variety of projects impacting economic development, and can be sorted into two different categories. Given the diverse projects supported, each investment will have different requirements. Projects considered for th... Learn More
View Custom Report 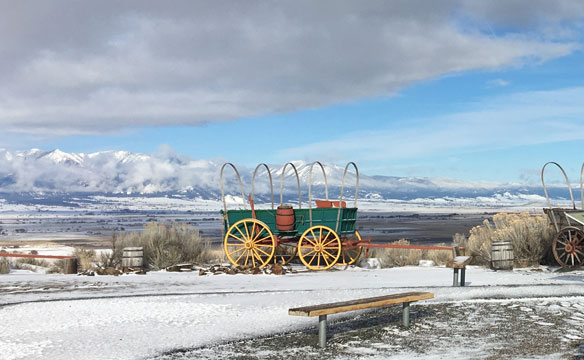 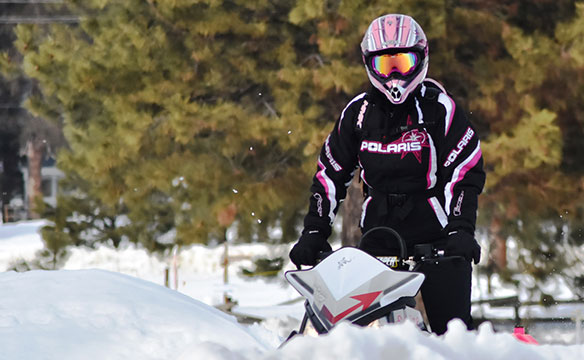